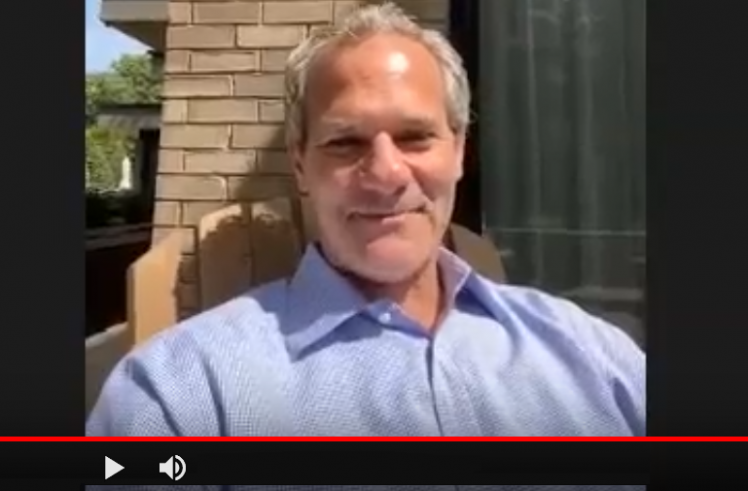 Ann Arbor, MI - Tauber Visiting Executive Joshua Cascade is a private equity investor with over 24 years of industry experience who has led or co-led leveraged buyout transactions representing over $2 billion in aggregate acquisition value. After earning his BBA at the University of Michigan, he began his career at The Blackstone Group, then joined the investment team at Odyssey Investment Partners, and was most recently a Managing Partner at Wellspring Capital with a 16-year tenure at the firm. Josh has been a frequent guest lecturer at MBA programs, including the Yale School of Management, Columbia Business School, Michigan Ross, NYU Stern School, and the University of Chicago Booth.

Tauber Institute students Alyssa Dern and Aaron Kaplan reached out to Josh to learn more about the expanding role of operations in the rapidly evolving field of private equity.

Aaron: A lot of people think that private equity is purely for finance. What other opportunities are there in private equity for people of different educational backgrounds, and what kind of work can they be doing?

I want to give some historical perspective here. Private equity, at its essence, is actually the deciding business. You are in the investment decision business. And to make a good decision you need to gather as much information as you can, prioritize it, and make a very large bet. And that bet is getting harder and harder every single day versus when I started in this industry.

Why is that? So, when I joined the industry, I think there were 50 firms with $500M or more under assets that they managed. Now, there’s thousands. And so with all the funds and all the money that’s been raised in private equity over the last 25 years, it’s highly competitive. There aren’t a vastly larger number of companies for sale, so you’ve got a lot of firms competing to buy companies and therefore prices are higher and these private equity funds are jockeying to win. So now more than ever, you need superior information and superior judgment to make that bet.

Early in my career, it was a lot easier. And the change that you had to make at your companies in order to make money was minimal. Now it is essential that private equity funds have a game plan of what you are going to do to the company after you buy it. That was not the case in the 1990’s and early 2000’s.

So, what are opportunities for people who aren’t necessarily in finance? If you need superior information to make a sound investment decision, you need people with different skills, backgrounds, and perspectives. Firms are realizing that you don’t need a cadre of former investment bankers and finance people who look, act, and think alike. So you’re seeing people come in from industry who have a certain sector expertise, you’re seeing people come from consulting firms that are improvement specialists, and you’re also seeing people - and this is going to be a tidal wave of change in our industry - who understand data analytics and how to extract more and better information to make a decision and create change. And last, but absolutely not least, you’re seeing firms appropriately focus on Environmental, Social, and Governance. Creating value in the financial world now absolutely includes citizenship and ESG.

Alyssa: What advice do you have for students that might want to enter the private equity world?

Josh: Regardless of where you’re entering, whether it’s through the finance track or the operations track, there's two windows to do it: it’s very young, or very late in your career. I think if you think you’re interested in it at a young age, I think there’s so little downside because if you’re willing to work hard, there’s some travel, but the pace of what you’re learning and the scope of what you’re seeing - all aspects of a company and that decision making process, including the information gathering - it’s such an incredible experience. Even if you don’t want to stay in that sector there’s so much you can do! Some of the operational folks, for example, have done so much that at a certain point they are highly sought after people for C-level positions at companies, because they have seen so much in such a short period of time.

Aaron: Digging into that a little bit more, what does the day-to-day work life look like in private equity, and how does that differ between the finance side and someone that might be in an operations role?

Josh: So, if you’re on the finance side, you’re in the digging for information business, and trying to encapsulate and synthesize that information into the most important factors in order to forecast. To make a good investment decision, you’re basically forecasting the future. It’s not complicated - we’re buying companies with earnings today, and to have a good investment those earnings need to go up. So you’re trying to get as much information as you can, prioritize it, and ultimately create a range of outcomes that you can believe in. That’s every single day.

The operational side is different. At most firms, you’re involved in the forecast process too, but from a day-to-day standpoint, you are probably going to be on the road half or more of the time. To make improvements at companies, you really have to be there. So that means you’re on the road a lot, and you’re constantly working with companies and outside consultants to form improvements.

Alyssa: So we’ve talked about different sides of private equity. Between the financial side and the operations side, what kind of room for movement do you see between them?

Josh: It happens all the time. I mean, good people are good people and you want to utilize everybody, so the lines are blurring. Kohlberg & Company, for example, were early adopters of a model where they marry a finance professional as a co-lead with an operating professional from the beginning of the process. So their operating people were making the investment decision with 50/50 responsibility with the finance people. Now, of course, after the deal was done, the operating partner would have more involvement in change management, but they co-led the deal team from the beginning. And I think that’s the model that all firms will follow eventually.

Aaron: Thank you so much, Josh, for sharing your time and your expertise.

Josh: Great spending time with you. Best of luck to you Alyssa and Aaron - and Go Blue!