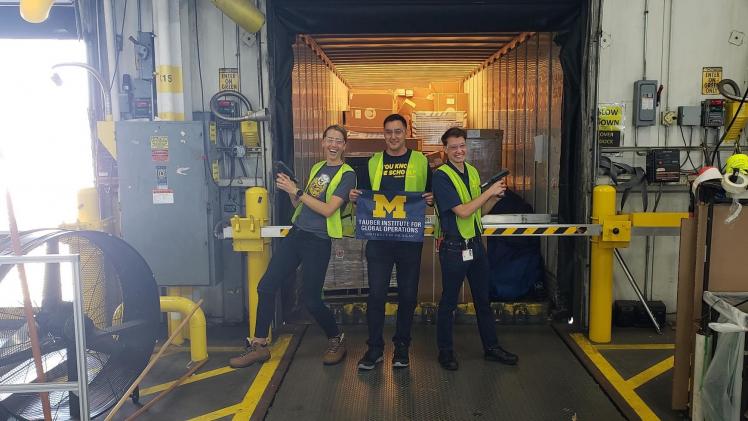 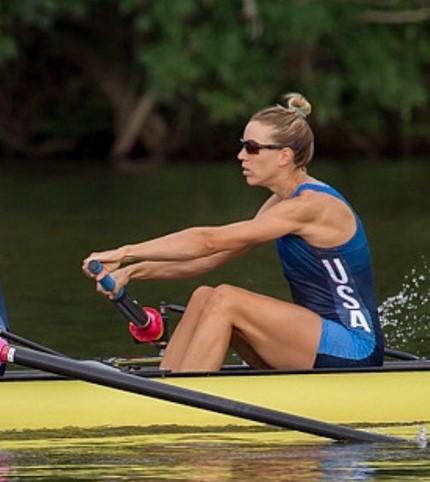 Driving to Herman Miller one Monday morning, I found myself running through a to-do list of things my team wanted to accomplish before our Tauber project was finished. For a moment, I felt overwhelmed, but then remembered the intense process I would go through every summer to compete for a spot on the US Rowing Team.

The selection process for the National and Olympic Team lasted only a couple of weeks. It was insanely demanding, purposefully ambiguous, and incredibly stressful, but I also kind of liked it. It was a dedicated period of time to completely zone in, put yourself through the wringer, and attack every day, workout, and stroke as though it was the only one that mattered. As I pulled into the driveway of Herman Miller’s Midwest Distribution Center, I felt ready to attack the last few weeks of our Tauber project with the zeal of an athlete on the cusp of realizing her dream to become an Olympian.

I come to Tauber with a different background than my colleagues. The last 8 years prior to attending Ross were spent training full time on the US Rowing Team. My part-time work during those years included being a graphic designer, rowing coach, and babysitter. As an  undergrad, I majored in Art and Design. I was elated when I was admitted to Tauber, but a shred of doubt in the corner of my mind kept nagging me that I wouldn’t be able to keep up with the course work because I didn’t have the “correct” background. However, my desire to pursue operations to improve businesses’ environmental footprints through improved operational efficiencies was enough to push me to officially enroll in Tauber despite my slight reservation, and I’m so glad I did.

I have learned so much throughout this year and through my Tauber team project. I can’t believe the leaps and bounds that I’ve been able to make with the help of professors, advisors, fellow classmates, and my own personal desire to challenge myself. My year is culminating in a project that will not only improve outbound freight utilization for Herman Miller but will also take hundreds of trucks off the road annually! My operational dreams are being realized, and my “untraditional” background has helped get me there.

Spotlight! is a competitive presentation of solutions developed by Tauber student teams during their 14-week operations-based Team Projects.

Registrants will receive a link to the live-streamed awards ceremony and temporary access to recordings of Spotlight! team project presentations.

The Tauber Institute for Global Operations is a joint venture between the University of Michigan’s Ross School of Business and Michigan Engineering, working together with industry partners to facilitate cross-disciplinary education in global operations management. The Tauber Institute is an inaugural recipient of the UPS George D. Smith Prize for effective and innovative preparation of students to be good practitioners of operations research, management science, or analytics. For more information visit tauber.umich.edu.