Joel D. Tauber is the primary benefactor of the Tauber Institute. His commitment to cross-disciplinary training for business and engineering students at the University of Michigan has allowed our organization to grow from the Michigan Joint Manufacturing Initiative created in 1993 into the Tauber Institute for Global Operations. 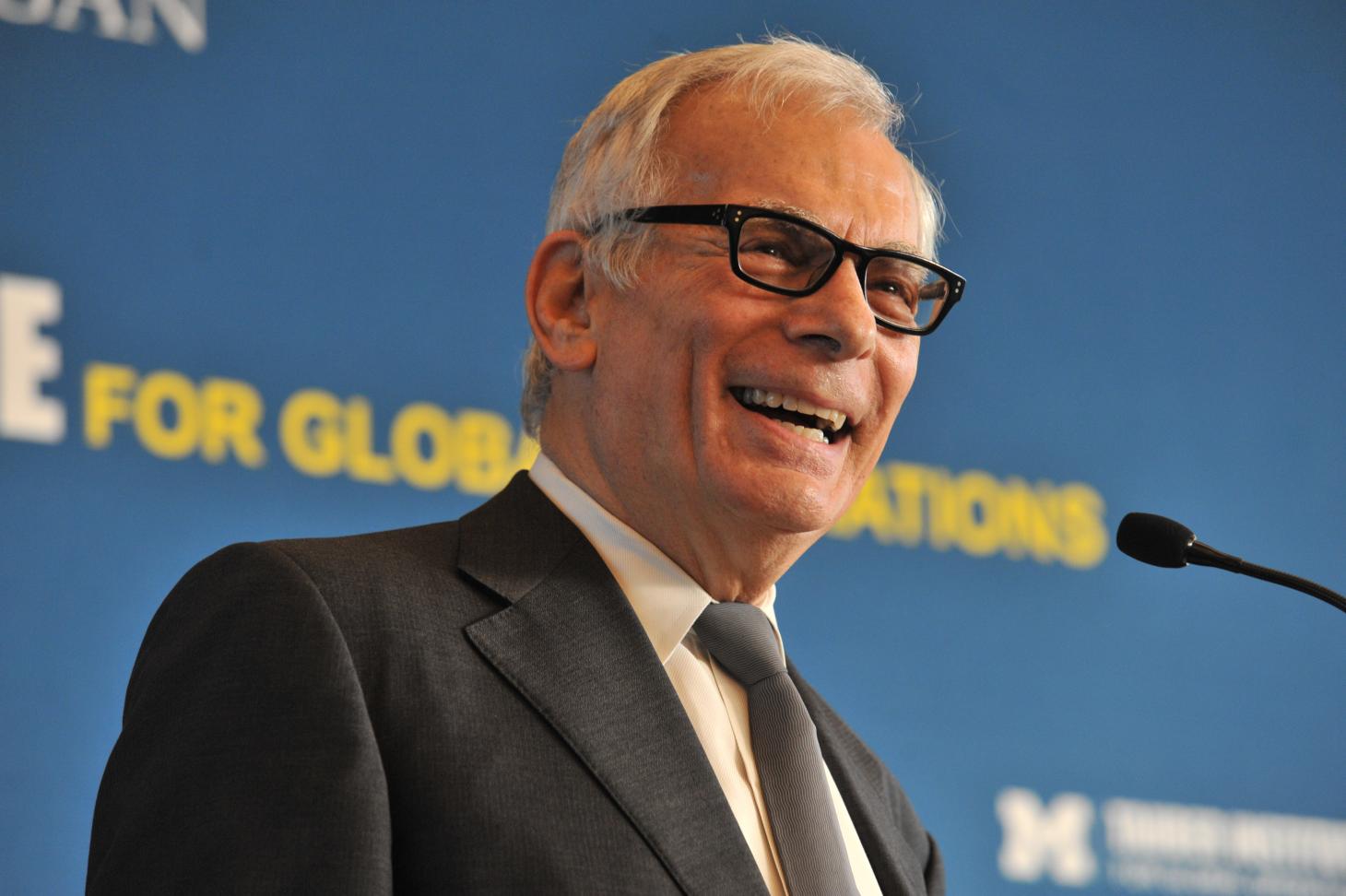 “I had to develop my own training program because what I learned at business school didn't prepare me to understand the whole organization. I worked with people in various parts of the organization - on the business side and on the manufacturing side - and I came to realize that a comprehensive approach was a crucial and much more effective way of preparing for this kind of business."

This is what attracted Tauber to the Michigan Joint Manufacturing Initiative (MJMI), an interdisciplinary program administered by the College of Engineering and the School of Business created in 1993. The program was designed to address the acute shortage of broadly trained professionals who understand both the engineering and business aspects of operations. Tauber believed in the model so much that he made a $5 million pledge to ensure the efforts were sustainable. The University honored him by renaming the program to the Joel D. Tauber Manufacturing Institute.

"Companies hire MBAs and spend six months to two years on training before they can go into manufacturing operations," Tauber said. "Graduates of this program will be custom-trained and will have outstanding capabilities. That saves companies' training costs and makes them ready to move directly into manufacturing. There has been a real shortage of this kind of talent." Not one to preserve the status quo, in 2006, Tauber took into account the broadened scope of the Institute and recognized that in order to survive and thrive, the program should take on a more global nature and reflect in its name the activities that were driving excellence. In 2007, with support from the Regents of the University of Michigan, the institute was renamed the Joel D. Tauber Institute for Global Operations.

In addition to being involved with the Tauber Institute, Joel Tauber remains an active business executive and community leader. His companies currently process scrap materials for the stainless steel industry and supply plastic parts for ChapStick and Sanford Pens. His previous business activities were as a nut and bolt and plastic supplier to the automotive industry and plastic supplier to the computer industry.

Joel Tauber is also a leader who believes in giving back to the community. He has a 60-year history of dedicated service, including local and national leadership positions with organizations such as the United Jewish Appeal, the United Israel Appeal, and the United Way. Tauber was a former co-chairman of the Greater Detroit Interfaith Round Table of Christians, Jews, and Muslims. He was National Master Entrepreneur of the Year in 1990 and Michigan Socially Responsible Entrepreneur of the Year in 1994. He is also a member of the President's Advisory Group, which is a group of alumni and friends who give counsel to the university.

About the Tauber Institute for Global Operations

The Tauber Institute for Global Operations is a joint venture between the University of Michigan's Stephen M. Ross School of Business and the College of Engineering and 30 industry partners to facilitate cross-disciplinary education in global operations management. In addition to a broad array of core and elective courses, the innovative LeadershipAdvantageSMProgram provides students with the tools to ascend to major operations leadership roles. Well-designed and managed team projects form the cornerstone of the Tauber Institute experience and allow students to apply their knowledge to real-world settings.