The Tauber Institute for Global Operations is led by two faculty Co-Directors representing the Ross School of Business and the College of Engineering and an Industry Director who has operations experience and represents the viewpoint of industry.

Institute directors work closely with members of the Industry Advisory Board to develop program goals and activities that provide the cutting-edge skills and tools needed by graduates as they pursue leadership roles in Operations. Award-winning University of Michigan business and engineering faculty lead the core and elective courses offered by the Tauber Institute and serve as advisors for Tauber team projects, and a dedicated staff oversees institute operations and coordinates programs and services for the entire Tauber community. 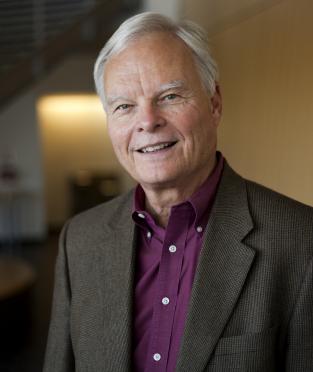 Professor Seiford's teaching and research interests are primarily in the areas of quality engineering, productivity analysis, process improvement, multiple-criteria decision making, and performance measurement. In addition, he is recognized as one of the world's experts in the methodology of Data Envelopment Analysis. His current research involves the development of benchmarking models for identifying best-practice in manufacturing and service systems. He has written and co-authored four books and over one hundred articles in the areas of quality, productivity, operations engineering, process improvement, decision analysis, and decision support systems. Professor Seiford is past Editor-in-Chief of OMEGA, the International Journal of Management Science, Senior Editor of the DEA Journal, Associate Editor for Operations Research, and has been or is on the editorial boards of nine scientific journals. Dr. Seiford has received the General Electric Outstanding Teaching Award, the CBA Foundation Award for Research Excellence, and has been a Lily Endowment Teaching Fellow. He was awarded the degree Docteur Honoris Causa from the Universite de la Mediterranee, Aix-Marseille II in November, 2000. He is a Fellow of the Institute of Industrial Engineers (IIE), a Fellow of the American Society for Quality (ASQ), and a Fellow of the Institute for Operations Research and the Management Sciences (INFORMS).