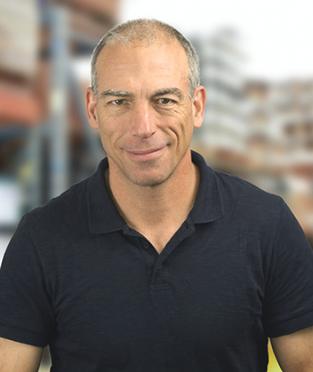 Brian Tauber was born and raised in the Detroit area.  He attended the University of Pennsylvania, where he also played on the 1985 Ivy League Champion football team.  He then earned his M.B.A. and Law degrees from the University of Michigan in 1992.  After graduation, he served as an assistant to Detroit Mayor Dennis W. Archer.

Brian served as the CEO of CPP Global, a $55 million plastic injection molder headquartered in Mocksville, North Carolina with two operations in the U.S. and one in China, where they are in their 6th year of their transformative Lean Journey. He also serves as CEO of C Enterprises, L.P., a $9 million San Diego-based company that manufactures custom cable assemblies for the data and telecom markets. He recently took the position of assistant varsity girls basketball coach at Pacific Ridge School in Carlsbad, California.

Brian has always been involved in various aspects of community and public service, including the Jewish Federation of San Diego County (currently Board Chair), The Salk Institute, AIPAC, the Think Twice Foundation, Harlem Legal Services, The Ross School of Business, The Ginsberg Center for Community Service and Learning at the University of Michigan, and various political campaigns.

Brian reflects on leadership early in the COVID-19 crisis >