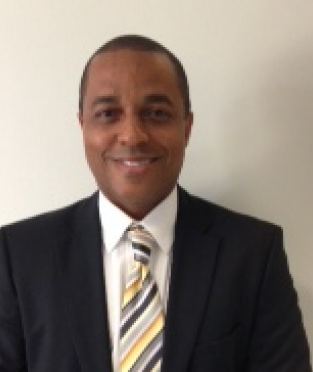 Ford Motor Company is in the midst of its most ambitious manufacturing expansion in 50 years, increasing capacity in the United States and adding plants around the world.

Ron Johnson joined Ford in 1988, at the Kentucky Truck Plant, Louisville KY, as a FGC in Statistical Methods Engineering. Two years later, after helping lead the plant to achieve QI, he moved into Manufacturing and supervised in Body, Paint, Final, and Predelivery, over the course of the next 5 years.  Ron then joined the PVT as a Chassis Design Engineer, responsible for the Engine Line and Chassis Line.  He has also won Quality Awards for variability/warranty reduction for brake and steering systems, as a VRT Leader.

In 1997, he moved to Launch Team where he was responsible for launching the Steering System on the new Superduty Platform.  After completing the launch at KTP, he then continued on the launch path by launching the Superduty in Mexico at the Cautitlan Assembly Plant.

After completing the launch in Mexico, Ron then relocated to Michigan and rejoined the Manufacturing team. He became Final Area Superintendent at Michigan Truck Plant, where they were currently building the Navigator and Expedition Vehicles. After 2 years at MTP, Ron then relocated back to Product Development as a Chassis Design Supervisor, responsible for Current Model and Forward Model F-Series Programs. Two years later, he moved to Manufacturing Quality, as a Quality Program Manager, responsible for the quality at Wayne Assembly, Atlanta Assembly, Chicago Assembly, and Oakville Assembly Plant.

In 2003, Ron returned to Product Development as the Assistant Chief Engineer (A.C.E.) for the Focus platform, focusing on: Current Model Quality, Material Cost Reductions, and Minor Programs. In 2006, he moved to the Product Development Launch Manager position, where he launched the redesigned 2008 Focus, the 2009 Lincoln MKS, the 2010 Taurus/Taurus SHO/GTDI Engine, and the 2011 Explorer. When the opportunity to take a Leadership Role in Ford of Europe arose, Ron accepted the position of Manufacturing Quality Director, Ford of Europe in 2010. In this position, he helped lead Ford of Europe to Best Ever Quality numbers, in all metrics, 2 years in a row. Ron returned to the United States in July 2013, taking the role of Global Manufacturing Quality Manager, leading quality process development and implementation.

He then relocated to China, April 2015, to take on the role as the Director of  New Model Programs, successfully launching multiple products in multiple markets. In June 2017, he was promoted to Regional Director for Purchasing STA Asia Pacific, responsible for supplier quality and delivery, once again achieving best-ever numbers for the supplier metrics.  He then repatriated back to the U.S. on October 1, 2018, taking the role of Director of Americas Quality.  In his current role, he is responsible for quality and cost for the Americas.

Ron has an undergraduate degree in Mechanical Engineering from Tennessee Technological University in Cookeville, TN, and is a Certified Six Sigma Black Belt and Project Champion. Ron and his family live in Ann Arbor and enjoy family get-togethers, traveling, sporting events, video games, and water sports.